So here's my take on the first challenge: building a "race to the end" game.

Without further delay, let me give you:

Theme:
After some earthquake unearthes interesting stones on the slope of a volcano, a score of Geologists decide to get a closer look and make a friendly wager on the stones each will find. But... doesn't this earthquake hint at an awakening of the volcano in the near future? 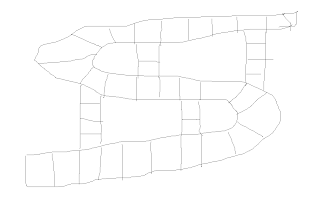 The field is divided in 3 "tiers" on top of each other. Yous tart from the bottom, and the closer you get to the summit, the more chances you have of unearthing quality stones.

There is the "easy" way, which snakes from bottom to top, and the "hard and fast" ways (2 and 4 cases long) which a direct.

Setup:
The board pieces are shuffled, then randomly placed on the board with the "Lava" side up. Once they are all on the board, turn them on the other side.
All the "Mining" cards are shuffled, and the three corresponding stacks are built.
Equipment cards are shuffled, for every player missing, draw out 2 cards and get them out of the game. Then, the first player pickes one, so does the second, etc until no more cards remain.
Place all the pawns at the bottom of the slope.

Rules
First part: the Ascension
Each turn, a character gets alloted 4 Action Points. Using these, a character can (Action costs are indicated in the relevant sections):
-> Climb
-> Mine
-> Cheer
-> Hinder
A character does not have to use all its AP in one turn. It is possible to start spending APs on an action during one turn, and finish on the next, but you have to finish your action, and only get the result once the points are spent.

Mine
On squares with a number, spending that AP amount enables you to draw 1 card (on the "1" and "2" squares) or 2 cards (on the "4" squares) in the corresponding stack (green for the first tier, orange for the middle, red for the high tier)
There is no limit to the amount of stones a character can carry.
The mining pick enables you to draw an additional card for 1 AP. You must then choose and discard one of the additional cards.

Cheer
A character can cheer another. When being cheered, a character must select one of its stone and give it the to the cheerer. The cheerer loses as many APs as the value of the stone (potentially making him lose turns if he loses more than 4 APs), while the cheeree gains as many APs (usable immediately, with no upper limit).
If equipped with the rope, the cheerer only loses 2 APs for every 3 he should have lost. The cheree still gains as many.
If equipped with the bright suit, the cheree gains an additional AP.

Hinder
If a character lands on another character's square, he can hinder him by spending 1 AP, making the other lose 2 APs.
If equipped with the sieve, alternatively, he can draw a random stone from the character for 2 APs, instead of hindering him.

As stones are collected, the total value of the stones must be tracked: as soon as the number gets bigger than 20, the eruption begins !

Second part: the Descent
From now on, the eruption has started, and lave begins to run down the slope. At each turn's start, lava advances ((Total accumulated points)-20) squares (flip each piece to show its "Lava" side). Lava comes down every slope at the same time (but at the same rate). If Lava reaches a character, he's immediately immolated (unless he has the Lava Suit, which saves him for one turn), as well as his equipment and mined stones. They still count for the lava's speed.

The character's still have 4 APs and the same action.
But now, the "Hard & Fast" slopes can be climbed down at the rate of 2 squares per AP. However, these slopes are so steep that the character loses 1 random stone for each AP spent. Unless he has big pockets, which saves the first stone that should be lost.

The game ends when no more characters are on the board. The winner is the geologist with the biggest amount of points. In the case of a tie, the one with the least amount of stones wins.
Posted by Modran